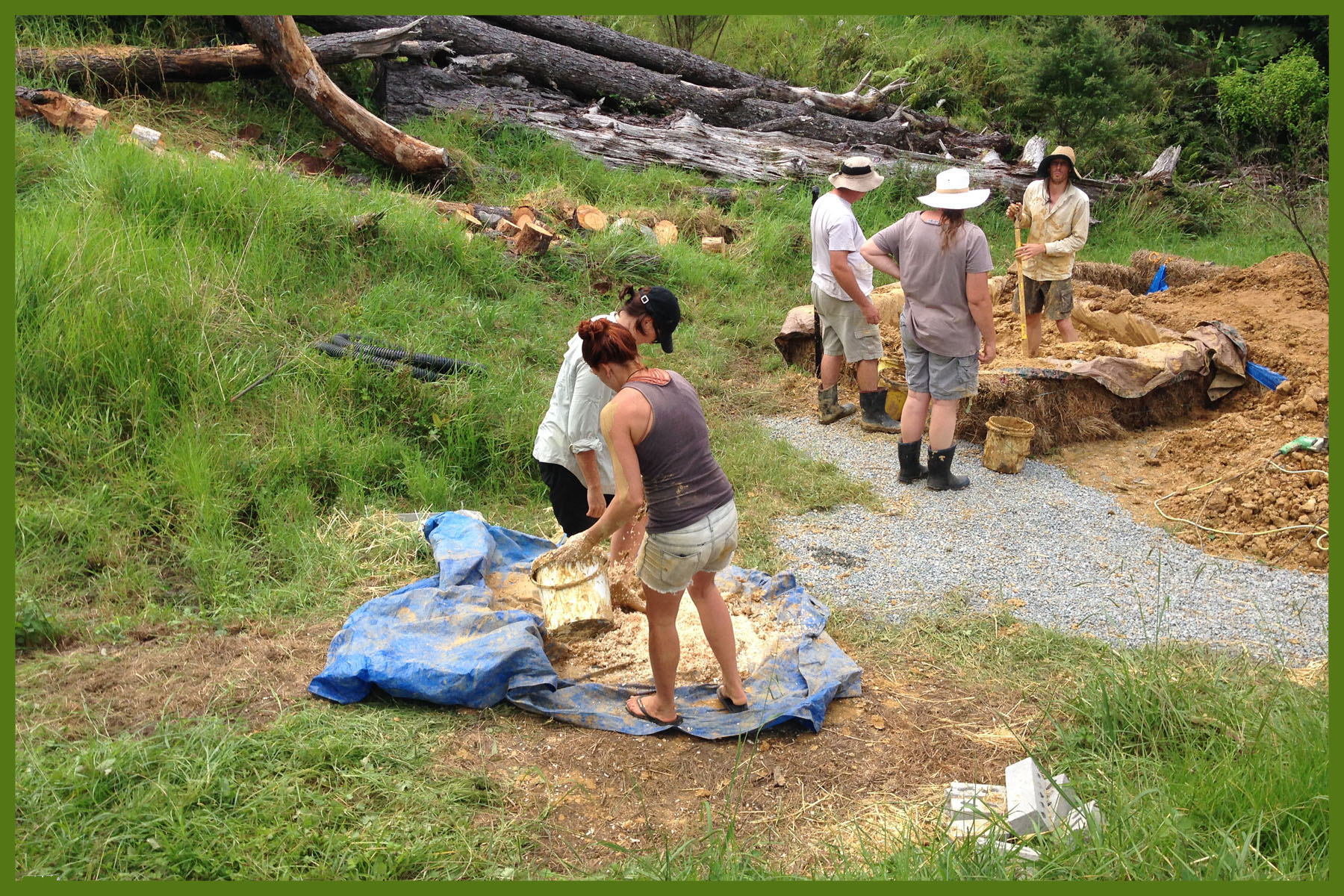 Cob is an ancient technique introduced to NZ by the early British settlers. It was common in this land historically and our tradition stems back to the southwest of England and Wales. It goes back 170 or so years on these shores and many of the original NZ cob settlers cottages are still standing today.

A cob is a lump of clay subsoil mixed with straw and water. It is laid upon a wall in successive batches and trodden or worked in. Being a wet in-situ technique care must be taken with shrinkage. Sand or small gravel is often added to reduce the clay content and control shrinkage. The clay is the binder that holds the aggregates together but if there is too much excessive shrinkage will occur.

Like adobe and rammed earth it is ideally suited to internal heat sink walls. A modern adaption is the integration of wood shavings and paper pulp to form a lower density mix that can be sandwiched into a wall for insulation.

It suits freeform or sculptural walls.

Cob is covered in the Earth Building Standards.

● Eaves/ verandahs or rain screen/ cladding required as primary weather protection for durability
● 280 - 450 thick at the base and often tapers with height
● Thermal/ humidity regulation, hygroscopic, hydrophilic and non-toxic
● Niches or ornamental recesses can easily be formed
● Traditionally externally finished with 3 coats of lime render. Earth render may also be used
● Joinery can be rebated into wall
● Services; Electrical conduit can be built in. Water pipes can pass through wall (sleeved) but not run in wall due to potential condensation or leakage. They can be surface mounted or run through other walls
● Timber lintels or adobe brick arches can be used at openings
● Timber/ reinforced concrete bond beams or ceiling diaphragms are required
● Can be reinforced with steel rods vertically and geogrid horizontally
● 50mm nib/ toe up required for protection against internal flooding
● Foundations, reinforced concrete strip footing required in NZ with damp proofing between the footing and the earth wall